Notice: Trying to get property of non-object in /var/www/vhosts/blakksabbath.com/httpdocs/wp-content/themes/sonaar/includes/sonaar-music/sonaar-music.php on line 176


Notice: Trying to get property of non-object in /var/www/vhosts/blakksabbath.com/httpdocs/wp-content/themes/sonaar/includes/classes/iron_sonaar_archive.class.php on line 56 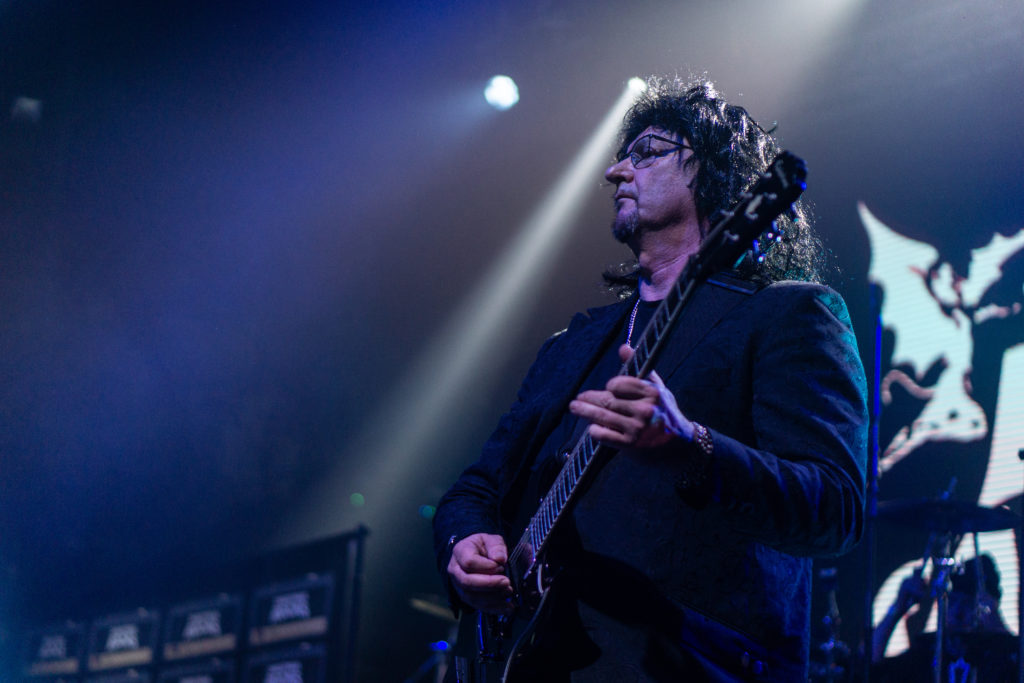 Our brother in Sabbath, Chris Goodband has decided to take a different path and pursue another project. He will leave the band when we have found a replacement. We thank him for all his hard work that has enabled Blakk Sabbath to get where we are now. Without him, this would never have been possible, so we express our deep gratitude to him and wish him well in the future.

Therefore, Blakk Sabbath are now looking for a new Tony Iommi to help take the band to the next level, touring the UK, Europe and beyond.

Blakk Sabbath will be back soon touring stronger than ever!

Blakk Sabbath deliver another totally blinding performance at their 2nd appearance at O2 Academy Newcastle on the second night of Christmas Rocks 2019.

Opening with Black Sabbath from Sabbath’s iconic first album, the rain, thunder and lighting roll, Rik Lambert as Ozzy rapidly dominated the stage brandishing a white cross and baring his teeth in full gothic costume, throwing Ozzy shapes, grimaces and very quickly had the audience in the palm of his hand.  Then ripping through N.i.b. opening with Dave Boggon on Bass delivering the powerful bass riff that fans love so much, there was a definite bounce rippling through the audience.

Next up Chris Goodband opening Into The Void with one Tony Iommi’s best Sabbath riffs, widely acknowledged as the heaviest riff in the known universe. Who wants to go crazy? Of course they do, with Children of the Grave and the place is heaving.  The cry of “We are Blakk Sabbath, the whole Sabbath and nothing but the Sabbath” leads into Sabbath Bloody Sabbath from the album of the same name, the band are on top form easily shifting from hard metal riff to jazzy mournful melodies.

The lights black out, “Look Mummy there’s an airplane in the sky” and so begins the intro to War Pigs, a bomb screams down from the sky and explodes  Mick Simpson leads the band into the song with a power house drum fill that would make Bill Ward proud. Blakk Sabbath’s version of War Pigs is an epic tour DE force in possible every way!

Then as suddenly as they came on, they are gone until next time.