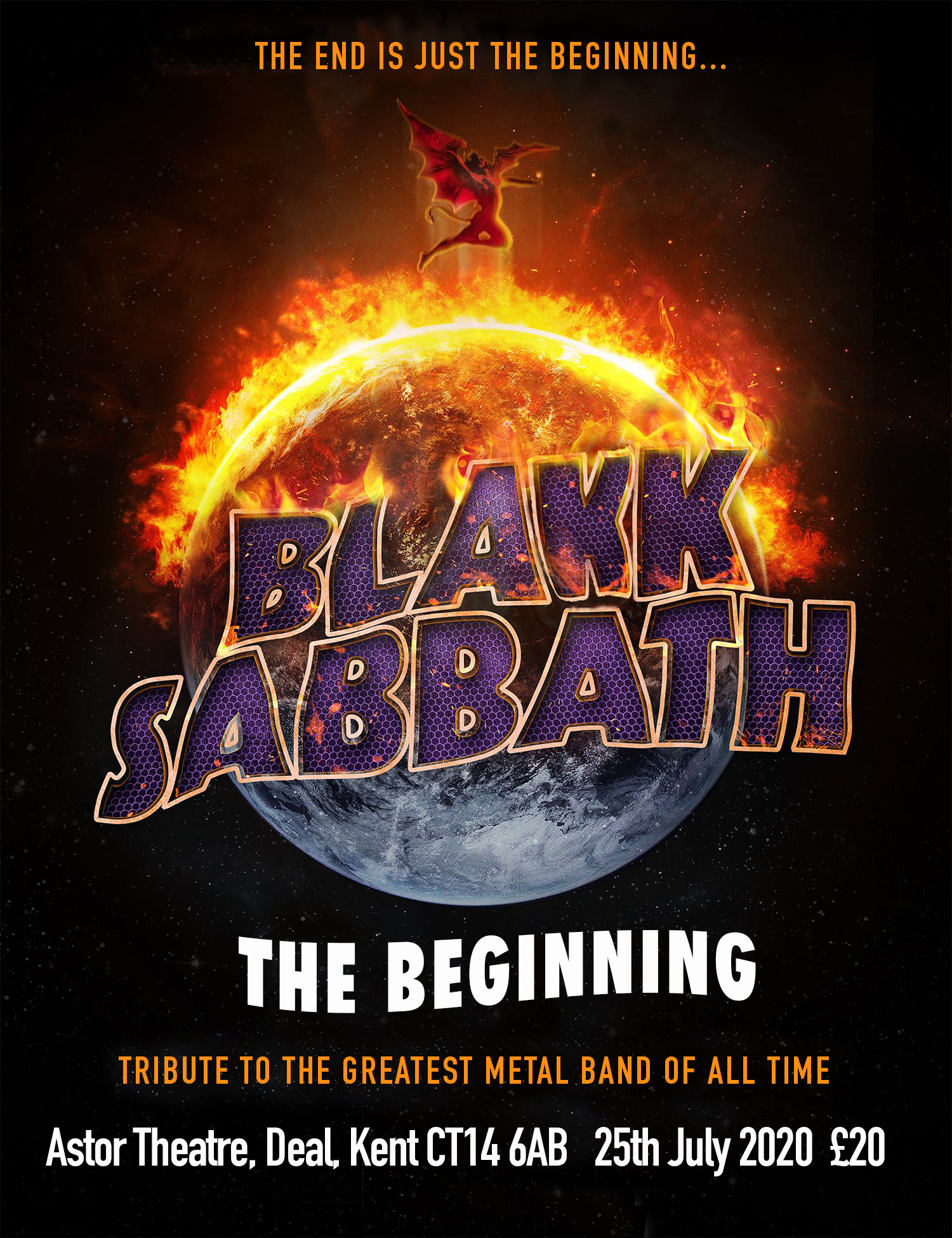 Blakk Sabbath is formed by talented and respected musicians who are all true Sabbath fans with a strong musical pedigree. Some of whom have gone on to share stages with. ‘The Red Hot Chilli Peppers’ ‘Whitesnake’ and ‘Steve Vai’ to name but a few. The band was the brainchild of the members who on their way back from the last ever Sabbath gig. In Feb 2017 laid plans to create the most authentic Sabbath tribute out there, and with a lot of time and effort devoted, they succeeded. Blakk Sabbath was unleashed in April 2018 to audiences in the North East who couldn’t get enough and, audience size began increasing rapidly. This culminated in an appearance at the end of December 2018 at the Newcastle O2 Academy. Playing in front of nearly 1000 people and cementing their reputation as being the UK’s premier Sabbath tribute show.

Today they are embarking on a countrywide tour to play their ‘The End Is Just The Beginning Tour’. Not only the authentic note for note sounds and vocals of Sabbath but also a visual treat including pyros (where possible). And full costume and props to recreate the accurate sights of Sabbath on stage. (we do stop at eating bats)

Expect to hear the biggest Sabbath hits such as ‘Paranoid’ the short and brutal lyrics you can never tire of listening too. Then, with just one thundering chord in the opening notes of ‘War Pigs’, it will transport the listener to their dark and foreboding world. ‘Into The Void’ bringing incredible bluesy guitar riffs before the verse kicks in thrusting this into the space rock atmosphere. Plus whole many more Sabbath songs from our vast setlist. We will bring you an evening with the music of the greatest ‘Heavy Metal’ band EVER – Black Sabbath. A not to be missed night for all the fans of the genre.