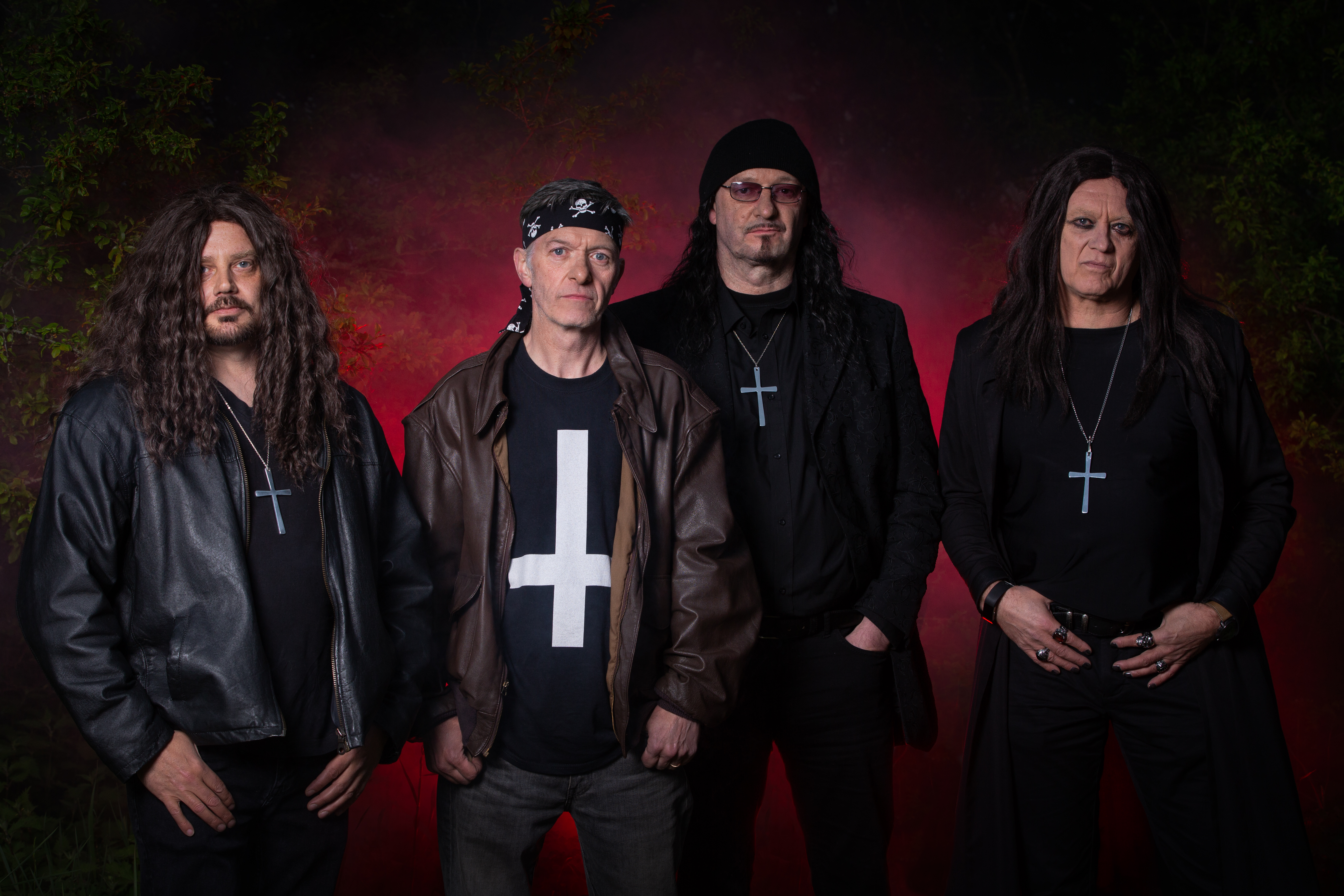 Pop Up Gig The Magnesia Bank to honour Tony Iommi

Blakk Sabbath are four highly experienced and seasoned musicians from Newcastle. Putting a Black Sabbath tribute band together was a life long passion for drummer Mick Simpson and Bassist Dave Boggon, who then recruited Chris Goodband on Guitar and Rik Lambert on vocals. Together as Blakk Sabbath they have taken the North East pub rock scene by storm, since their first gig in April this year live music pubs and punters have been clamouring for their highly authentic and powerful Ozzy Era tribute to Black Sabbath. The lads look like them, play the same instruments and sound uncannily like them. There are other Sabbath tributes around but these lads take it to another level altogether, their use of props, lights, smoke, pyros and atmospherics, place their live shows in a league of their own.

WHAT PEOPLE ARE SAYING ABOUT BLAKK SABBATH:

Best Sabbath cover band around without a doubt.- Leo Kemp

These guys are fantastic musicians who believe in everything they do great night and will definitely be seeing them again soon. – Gary Mason

I love this band I can’t stop raving on about them. Can’t wait to see them at the Cleveland next month. They are by far the best ever tribute band I have ever seen. Gonna rock me socks off! – Lorraine Bowers